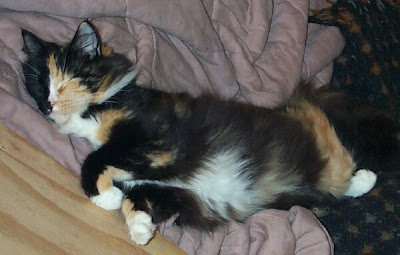 Posted by serial catowner at 4:26 PM No comments:

Repubs May Want To Rethink This

The Republicans are saying Republicans shouldn't be prosecuted for crimes. If they aren't, eventually we'll just need to conclude that all Republicans are criminals.
Posted by serial catowner at 4:22 PM No comments:

Posted by serial catowner at 1:40 PM No comments:

Hold A Gun To Their Heads

Right now Obama is focusing on saving the banks and stimulating the economy, hopefully with unemployment extensions and aid to education and health care that do two kinds of lifting.

But the second string to our bow should be a national program to build mass transit, low income housing, single-payer health care, and clinics and schools. This would be the kind of direct investment in our own future that will pay dividends.

And the banks and financial industry should be given notice that we will do it without them if we need to. Let them watch several hundred billion flow into construction projects without their participation and they will have a new interest in cleaning up their financial house so they can qualify as responsible lenders.

Posted by serial catowner at 3:20 PM No comments: 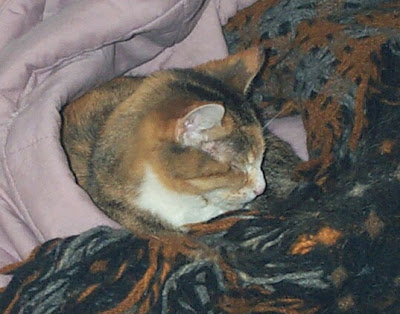 Posted by serial catowner at 10:31 AM No comments:

Refuting Joe Klein, Mark Kleiman puts the best possible face on not legalizing pot- and admits that 800,000 arrests for marijuana each year is not implausible- but goes on to say that only 30,000 people are in jail for marijuana.

Let's accept that for a minute and ask- why were the other 770,000 people arrested? At over $1000 for each booking and mugging, that's $770 million in arrest costs alone for people not dangerous enough to warrant jailing. And that's before we get to any of the other costs to society of forcing a person to answer 'yes' to "Have you ever been arrested?" for the rest of their life.

Face it, this debate is over. The only remaining question is when we'll gather the courage to do the right thing.
Posted by serial catowner at 10:34 AM No comments:

Posted by serial catowner at 2:39 PM No comments:

When you can, read James Wolcott-

"Only within the Beltway popcorn popper could Gingrich, whose serpent tongue and ogre ego did so much to polarize discourse in the 1990s and abort reform, be considered a foxy catch. Only in Washington, D.C., could Gingrich, a magpie of futurist jargon and a bumptious opportunist, pass himself off as an iconoclastic force and centrifuge of ideas, a cross between Buckminster Fuller and Che Guevara leading a commando raid on the buffet table. And only within the punditocracy could “hyper-bipartisan” be bandied about as an aphrodisiac.

I wasn’t brought up in a crate. I understand that one of the purposes of bipartisanship is to cram something difficult and necessary down the American people’s gullets for which neither party has the fortitude to assume full responsibility. It’s a way of turning a possible gangplank into a teeter-totter."

And he can do that for hundreds of words in a row...
Posted by serial catowner at 9:34 AM No comments: