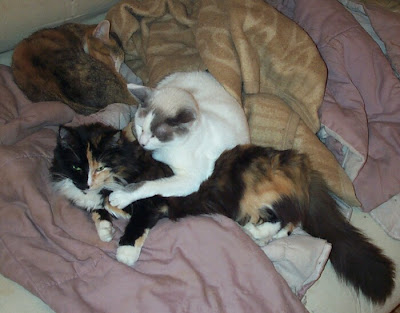 Posted by serial catowner at 1:31 PM No comments:

In Praise of Jamie Spears

For pure cheek, nobody equals Jamie Spears. She has decisively put the kibosh on the planned sequel, "Return of Brittany" in which Jamie was to reprise her sister's entire stupid life.

Not only did she "Just Say NO", she kept her secret until it was too late for anyone to change her mind, and provoked the headline "Teen to Jamie Spears: Teen sex is ok, but use a condom"- a level of plain speaking that even the President of the US can't seem to muster these days.

The kids are ok, and Jamie Spears is one of the most ok among them.
Posted by serial catowner at 1:23 PM No comments: 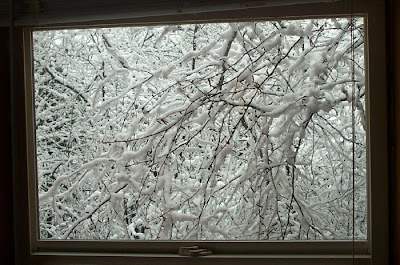 Posted by serial catowner at 1:17 PM No comments:

What Cats Do When It Snows

Posted by serial catowner at 1:01 PM No comments:

Slavery, the Cause of the Civil War

This should be so easy to explain that even an historian could understand it.

When the Constitution was written, southern states were given representation in Congress based, in part, on the number of slaves in their states- thus giving every Southern man more power in Congress than any Northern man. For about 50 years the power of the South in Congress was unassailable by the North.

During that time the South as a region became addicted to an economic power that terrified them. Slaves were valuable property that could escape or murder their owners in their beds. Southerners made it illegal to teach slaves to read, write, or even speak proper English, thus creating a large class of people unprepared for the tasks of self-government.

When immigration populated the Northern states and the balance of power in the Congress began to shift, the problem for the South became plain- slavery could only continue to exist if either more slave states were admitted than free, if the North could be persuaded to countenance slavery, or if the Southern states seceded.

How all of this played out can be recounted in plenteous detail, but the above, in a nutshell, is why slavery was the cause of the Civil War.
Posted by serial catowner at 9:45 AM No comments: 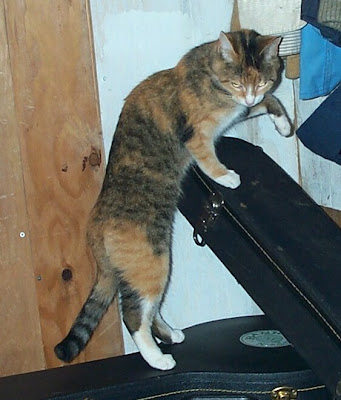 Posted by serial catowner at 5:09 AM No comments:

The Bush Bamboozle in Action

Bush says his "first recollection" of the CIA tapes being destroyed came when he was briefed recently.

You're intended to think "Golly, he sure is dumb- he says 'recollection' when he means 'knowledge'". Most reporters and analysts will report this press conference as though Bush had said his first knowledge of the tapes came when he was briefed recently.

But Bush isn't lying to you. He was involved in the decision to destroy the tapes and informed when that had been done. Then he forgot all about it. This is a big one with slimeballs like Bush. They're always forgetting this and that, but all this forgetting works in one direction only- to make them richer and you poorer. So his first recollection came when he was briefed recently.

Of course, it takes a village to make an idiot, and he couldn't get away with this without the help of a friendly media that completely ignores the fact that he has just admitted full complicity in the tape destruction decision. They laugh at his verbal skills, but who's laughing last here?
Posted by serial catowner at 4:23 PM No comments:

Caught in the Act

On December 17 Jen at littlecountrylost.blogspot.com explained how the Bush gang, in February of 2001, moved to wiretap all the telecommunications of America.

Let's review: We know that at that time, the Bush gang had little or no concern about the threat posed by OBL or international terrorism. The wiretapping was not done to protect us against al Quaeda. Programs already in existence at that time intercepted and screened all international satellite communications.

This domestic wiretapping, in short, was intended to assist the Bush gang in a program of lawbreaking, seizing of power, suppression of the facts and the truth, and a ruthless looting of our national wealth, both natural and earned.

Spectacularly successful in the looting, they appear not to have succeeded in establishing a dictatorship. Only time will provide the final answer on that count. We may, in fact, never know- having made their getaway, they may no longer care what happens to little Georgie.

Jen's piece is a clear and lucid explanation of how this telecom wiretapping was conducted , and a highly recommended read.
Posted by serial catowner at 9:26 AM No comments:

He's right- the big money in this country isn't going to play nicey-nicey when their profits are threatened even by 1%. Obama and his talk of abandoning the divisive politics of the past is just so much crap. The right-wing never abandoned those divisive issues and that's why those problems still haven't been solved.

Hillary at least has felt the scourge of Republican opinion, but Edwards' outright avowal of conflict in change is the best.

It's the only way to be sure.
Posted by serial catowner at 9:42 AM No comments: 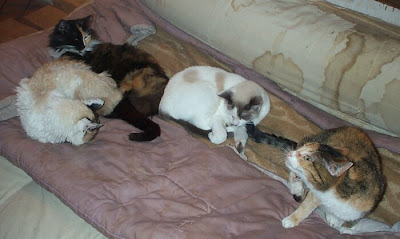 Posted by serial catowner at 6:04 AM No comments:

...their paranoia about Iran:

Last night I met upon the stair
a little man who wasn't there
He wasn't there again today
O how I wish he'd go away!
Posted by serial catowner at 7:01 AM No comments:

Gotta Get To The Bottom Of This.... 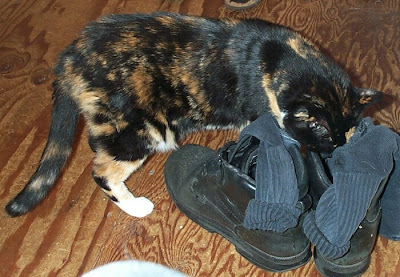 Posted by serial catowner at 10:50 AM No comments:

Jane Harmon and Jay Rockefeller, supposedly the Democratic participants in oversight of the intelligence communities, are worse than useless. With their Republican associates they labor mightily to make sure no changes occur.

Big changes could happen here by replacing these worthless critters with almost anybody.

Conversely, nothing good will happen as long as these two sycophants are in place. Don't tell me you're hoping Rockefeller will "do the right thing" He hasn't and he won't. It's just that simple.
Posted by serial catowner at 10:34 AM No comments:

Those drums, those jungle drums!

The rightwing babblers were temporarily wrongfooted by the release of the new NIE, and for a moment the silence was palpable. NPR, faced with a journalistic challenge,presented a quiz on matters relating to Russia and time, with the quiz answers announced by people with Russian accents.

Way to go, NPR. All part of why the rightwing babblers will be back. They know the press will help them out, by teaching the 'controversy' rather than the facts,.

But you knew that already. That's why you're reading a blog.
Posted by serial catowner at 1:11 PM No comments:

Doesn't Anybody Here Know How To Play This Game?

Two years ago Republicans threatened to use the 'nuclear option' if the Democrats filibustered. That was the Dems chance to get rid of the filibuster.

What were they thinking when they didn't take that chance? Were they nostalgic for the Civil Rights filibusters of the 60-s? Did they think the Dems would never again be the majority in the Congress? Were all the great challenges of our democracy over, never again to require decisive and timely action in making major changes?

Whatever it was, it was stupid, craven, and wrong. And we're eventually going to pay the price.
Posted by serial catowner at 9:04 AM No comments: