A cynic might think that the American people knew Bush had stolen the 2000 election, and hoped that such a bold thief would go on to steal something else (oil) and share it with them.
Posted by serial catowner at 12:46 PM No comments: 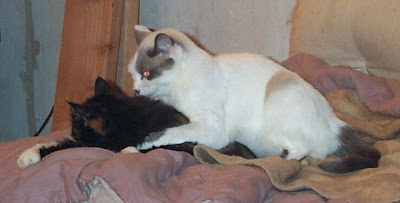 Posted by serial catowner at 10:14 AM No comments: 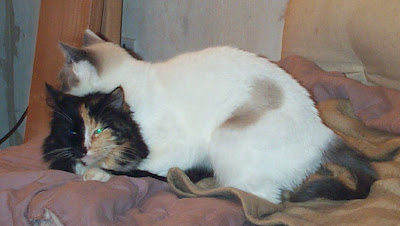 Posted by serial catowner at 9:55 AM No comments: 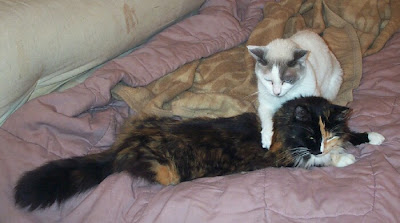 Posted by serial catowner at 9:45 AM No comments:

Wish we had a president who was brave enough to listen during a very critical introduction, and then speak to an audience that's free to laugh at him.
Posted by serial catowner at 11:39 AM No comments:

Now that they seem to have perfected the art of stealing elections, or even perhaps suspending them altogether, the Republicans are regretting the day they restricted the president to two terms.

But even they are not yet bold enough to tamper with that amendment.
Posted by serial catowner at 11:34 AM No comments:

Imagine that we really wanted to win the war...

...and decided to do what was necessary- as outlined in Petraeus's famous counterinsurgency field manual-

First, we need to draft and train about a half-million soldiers. In two previous wars we've had them on their way overseas within about a year.

Second, we need to rebuild the infrastructure of Iraq. Setting up honest authorities to oversee and perform the work shouldn't take more than several years.

Thus, if we really wanted to win, and started to do what we need to do to win, we could start working on the actual job within about a year and a half from now.

Of course, the Bush gang is getting exactly what they want from the war as it stands, so we won't do any of that...
Posted by serial catowner at 9:04 AM No comments: 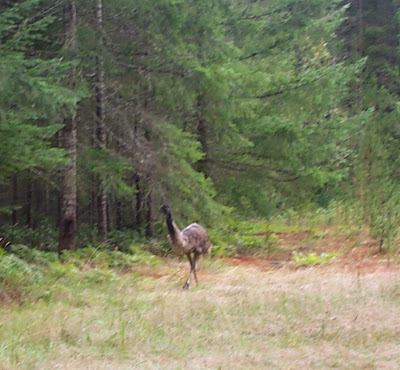 He came and went, with no explanation asked or offered....
Posted by serial catowner at 8:40 AM No comments: 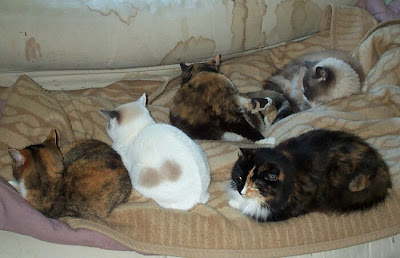 Posted by serial catowner at 8:36 AM No comments:

A lot of people hope that if-when the Iraq War is over, things will go back to "normal". Ain't gonna happen.

"Normal" is our Leave It To Beaver memory of a world ruled by Bretton Woods, the US dollar, and nuclear hegemony in a polarized world. Do you see any of that here today?

The $1.5 trillion bill for the Iraq, the money we owe the Chinese, but above all, the essential rottenness of every level of American jurisprudence, business, and government- all mean that the new "normal" will in no way resemble the old.

Cheer up, things not only could be worse, in a very short time they will be.
Posted by serial catowner at 9:37 AM No comments:

Well, that was a ride for you. General Petraeus was supposed to report on whether we were achieving our "goals" so that Bush could decide what to do, but in the end it turned out Bush was writing the report Petraeus would read from, and Bush insists Petraeus will make the decisions. (Yup, he's the 'decider' all right.)

But as it happened we weren't reaching our "goals" so the Petraeus "report" became a claim to success in Anbar province. Bush decided to demonstrate his contempt for the working man this year by flying to Iraq on Labor Day and meeting with a 'tribal chief' who was leading the success in Anbar thing.

Unfortunately for the 'tribal chief', this photo op was the last straw for somebody, who killed him. Bush has had better luck- it hasn't made it into the daily papers that the so-called 'tribal chief' was actually just a gangster without a tribe.

In America we're pretty used to the idea that lies told by the rich and powerful go unpunished, but I'm beginning to think we're really stretching our luck. But, hey, at least Big Government was able to step in and save capitalism from itself again with timely infusions of taxpayer money and cheap credit.

It's just really hard to comment on the levels of insanity we're seeing. Now wonder regular people like stories about cats who get mistakenly shipped across the ocean. It sure beats realizing that the guy with a finger on the nuclear trigger is a moron.
Posted by serial catowner at 3:50 PM No comments:

Andrew Sullivan and I agree- touting Iraq in the frame of the 50-year occupation of South Korea was not George Bush's most inspired moment.

Worst. President. Ever.
Posted by serial catowner at 9:40 AM No comments:

Whoa! Back up the train!

There is a common narrative about Iraq that, after failing to find the WMD, the American mission turned to promoting democracy.

Well, not really. No democracy was in the cards until the Iraqi people made it plain that a widespread rebellion would ensue if they didn't get the chance to vote on a government,.

At about that time, 'Death Squad' Negroponte was in Iraq, his activities cloaked in secrecy, but apparently involving the arming of Sunni militias in the south

IOW, as soon as the Americans realized that actual democracy might break out, they moved to ensure sectarian violence would disrupt elections and make self-governance difficult or impossible.

Now, as then, a unified peaceful self-governed Iraq is the last thing the Bushies want to see. Because then, Iraq wouldn't 'need' us.
Posted by serial catowner at 10:10 AM No comments:

Posted by serial catowner at 10:07 AM No comments:

When Petraeus talks about Iraq as the central front in the war on terror, he stands revealed for what he is- an unscrupulous self promoter whose greatest skill lies in manipulating the mental weakness of the Army as an institution For his own ends, Petraeus is willing to sacrifice our troops and money

You see, there is no central front in a terrorists war. That's why they call them terrorists. There is no defensive line to hold or attack, there are no central points that need to be seized or defended. Terror is a psychological warfare, and one that is amplified by modern media. Even with this amplification, however, a terror attack on American troops has little psychological effect on compatriots safe at home- Petraeus understands this much and trusts that fact to make his bogus program palatable to Americans at home.

It is not beyond reason that Petraeus, who has BSed his way through every rank and failed in every assignment given him in Iraq simply does not know much, or anything, about terrorism. A plumber can usually make it stop leaking, and may even be able to explain how to prevent hammering in your pipes, but that doesn't make him an expert in fluid dynamics, even if he does own a fleet of plumbing trucks.

By any standard, Petraeus is an appalling piece of garbage. IOW, exactly the type of person the Republicans would probably run for the Presidency. The time to start debunking Petraeus is now.
Posted by serial catowner at 4:22 PM No comments:

The scary part is that none of our nation's elites even recognize the rock bottom underlying truth about our involvement in Iraq: no occupied nation has ever been united, except in opposition to the occupier.

The losing side in a civil war always seeks help from abroad. This was true in the time of the Romans and it was probably true in Thucydides's time. An occupier always tries to divide and conquer. And, true to form, the US in Iraq has committed every sin in the historical book.

The French tortured the English for centuries with the threat to sponsor a rival claimant to the English throne. But this comes at a price- the small group or nation can wag the tail of the larger, involving larger nations in wars they really have no interest in.

This is the most common theme in history. Even the coupling of male and female is less certain than this theme, as many a national history will show.

But our elites are totally clueless. The subject is hardly ever mentioned, much less accorded the realization that this dynamic will determine the outcome of what we're doing in Iraq.

I guess we'll have to wait until Iraq becomes history before we can learn this lesson- again.
Posted by serial catowner at 3:40 PM No comments: 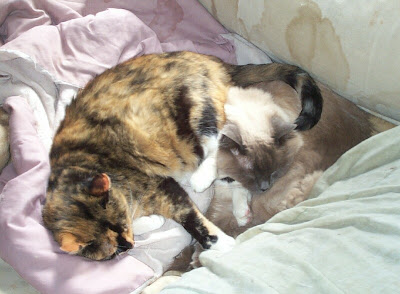 Posted by serial catowner at 1:01 PM No comments:

The Future, Now, But Over There, Not Here 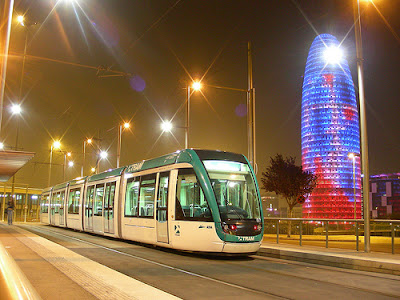 Posted by serial catowner at 7:20 AM No comments:

For about 100 years (see Churchill's World Crisis and the decision by the British Navy to fire their boilers with oil) an underlying question has affected the distribution of power and oil in the mid-east: how does a tribal system of agronomial peoples benefit from the sale of the oil that lies underneath them?

The question can be seen in the mind's eye quite graphically- the tribal or clan system is a horizontal system spread on the crust of the earth, about six feet thick, the extraction and export of the oil is a vertical system, a needle-like structure thousands of feet high (beginning deep in the earth) that pierces the horizontal system of the clans.

From the persistence of this 'contradiction' a multitude of questions and answers flow. Readers who have acquired a basic competence in the history and sociology of the region will have no trouble in extending in their minds these questions; those who haven't may well light up the bong and relax, secure in the knowledge that even if they knew more, none of the policy makers or highly paid mercenaries will be asking their opinion. Ca sera, sera.